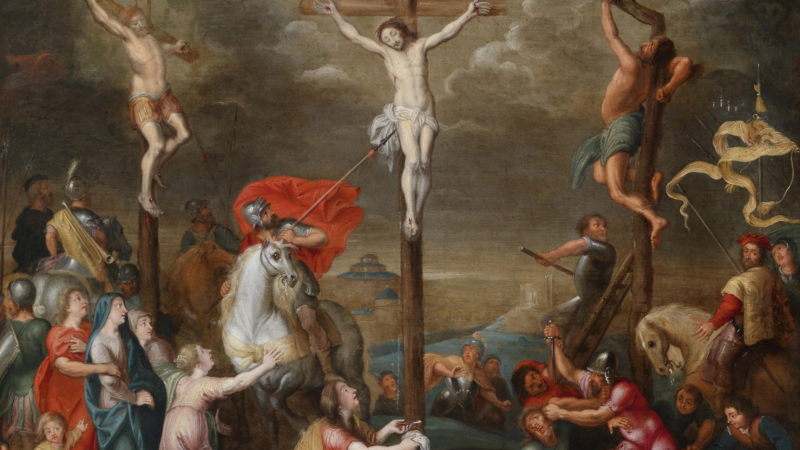 While driving back to the rectory after a morning mass and meetings, I called my grandmother. It is my normal call that I make while returning to the priory from the mission church I serve on the weekends. During the conversation, she asked me a question to the effect of: “Do you make sick calls to persons who convert a few hours before they die?” I answered, “God knows, but I have not had that happen.” I finished the phone call, gave my blessing, and arrived at the priory. I prayed some of my breviary and afterward was told that there was a fallen-away Catholic man who was sick and whose family from out of state had contacted the Priory requesting a priest to visit him. These people had not been in contact with him for many years but they had made contact recently and they confirmed that he wanted to see a priest. The man was dying of liver failure and was not expected to live through the night...

The hospital was contacted in the hope to speak directly with the man requesting the priest. The nurse was very helpful but said that he could only text, he could not speak. In the original message, I was told that the visiting hours were only 5 pm to 8 pm but the nurse said I could come at any time. A text was sent to the sick’s man family to get the patient’s phone number, and then a text was sent to the sick man but received no response.

My grandmother’s question was sticking in my head, and I made the decision saying to myself: “I was told he wants to see a priest. The nurse will let me in. I leave it in Our Blessed Mother’s hands and will go.” I picked up my bag with the Holy Oils and began the drive. I started a Rosary right away to Our Lady for this man and this visit. I arrived at the hospital and the security guard told me, “No visitors until 5 pm.” I gave the name of the nurse who had said I could come and soon I was on my way. Pax huic domui I prayed as I entered the elevator along with Hail Mary and “I am only Your instrument, You can do whatever You want.” I entered the ICU, and the thought came, “Get out your miraculous medal and let Our Lady have him right away.”

The nurse asked me to wait outside the rooms because the man wanted to be more presentable. I got out my miraculous medal and waited. I could hear the man’s weak words and the nurse’s responses to his requests. He asked for mouthwash and to be made as presentable as possible for the priest. These were very encouraging words, as he knew a priest was coming and wanted to be in the best form to meet him. The curtain was pulled back and we finally saw each other. He had a mask, was hooked up, and was struggling to breathe. I introduced myself and asked if he had asked to see a priest and wanted to talk. He nodded. I asked if he was a Catholic, and he answered “Yes.” I showed him the miraculous medal and asked if he knew who Mary was. He did and I laid the medal on his chest. He was happy to receive it. I continued to get the information necessary to see where he was in the Catholic Faith. Have you received your First Communion? “Yes.” Confirmation? “Yes.” He then told me he had attended Catholic school...

Extract from Miracle of Grace, from a priest.

My Crucified Jesus, wash me with your most Precious Blood. Look upon me as the good thief, who hung on the cross next to You at Calvary. A sinner, paying for his crimes but recognizes your divinity and begs for mercy and forgiveness and asks: “Jesus, remember me when you come into your kingdom.” Dear Lord, look upon me like the Good Thief and I should be so lucky, full of Peace. Amen.